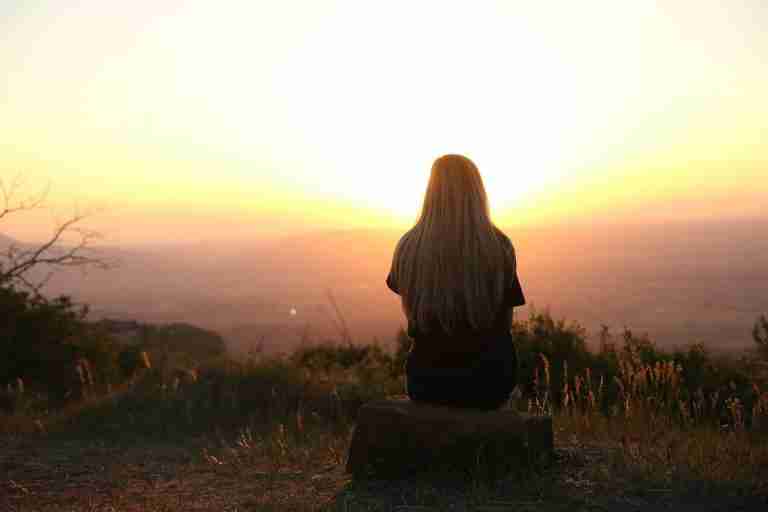 “you don’t want to be the person that thinks you can manage the situation, and find you cannot”

You think, “If I get an STD. No big deal. I’ll just go to the doctor and they will provide a prescription for antibiotics and I will be fine in a few weeks.”

However recent studies show that gonorrhea is becoming resistant to antibiotics, potentially leaving women and men thinking they’re in the clear.  It’s like going to the gas station to fuel your car and the gas just evaporates in your tank. It’s like ordering tickets to the concert of the year and ending up at a bingo tournament in the middle of nowhere.

Listen, STDs are nothing to joke about and you don’t want to be the person that thinks you can manage the situation, and find you cannot. If your body has been exposed to a high dose of antibiotics or if you are antibiotic resistant, you may be at risk for the development and spread of the infection.

From the CDC: Untreated gonorrhea can cause serious and permanent health problems in both women and men.  In women, gonorrhea can spread into the uterus or fallopian tubes and cause pelvic inflammatory disease (PID). The symptoms may be quite mild or can be very severe and can include abdominal pain and fever. PID can lead to internal abscesses and chronic pelvic pain. PID can also damage the fallopian tubes enough to cause infertility or increase the risk of ectopic pregnancy.

In men, gonorrhea may be complicated by epididymitis, which in rare cases leads to infertility.  If left untreated, gonorrhea can also spread to the blood and cause disseminated gonococcal infection (DGI). DGI is usually characterized by arthritis, tenosynovitis, and/or dermatitis. This condition can be life-threatening.

From Web MD: Antibiotics are widely used to fight infections, including sexually transmitted diseases like gonorrhea for nearly 100 years. Over time, the bacteria have adapted to the antibiotic so they no longer have the ability to treat the STD.  Adding, according to the CDC, 2 million people (or more) in the U.S. pick up these difficult-to-treat infections, and “gonorrhea is among three diseases called urgent threats for their potential to become more widespread.” Other STDs, such as syphilis and chlamydia, have shown early signs of antibiotic resistance.   The CDC estimates there are 820,000 cases of gonorrhea in the United States each year, and 1% (8,200) fail to respond to the currently recommended treatment. However, he says, resistance to older, less expensive antibiotics is much higher.

How can you ensure that you are not one of the people having sex that acquires an STD and can’t get rid of it? 1 in 5 people have an STD/STI on any given day, and 50% are among the ages of 15-24.  Safe sex doesn’t exist.  Sex with a condom can fail because condoms fail, plus condoms ONLY protect the area that is covered by the condom – not the skin-to-skin contact around the condom. What a terrible way to “care for yourself”.

If you want to be healthy, and free and clear of sexually transmitted diseases – your life-long monogamous partner needs to be tested for all STDs and STIs and so do you before starting your monogamous life-long relationship. Yes – we reiterated the fact that you need to find a monogamous life-long partner to have a safe sexual relationship that is good for your health – physically, mentally, and even spiritually.

If you are ready to discuss your sexual health, call Pregnancy Resource Center Medical Clinic for your no-cost appointment.

If you are sexually active and are concerned that you may be pregnant, make an appointment for a pregnancy test at Pregnancy Resource Center Medical Clinic. The Clinic will answer your questions and provide you with evidenced-based information in order for you to make an informed decision. If you are pregnant, you may qualify for a limited ultrasound at no cost to you. All of our services are free and confidential.

You’re more than the results of a test. We promise:  no pressure, no judgment, just confidential care.

An unplanned pregnancy doesn’t have to cost you your hope or future.

Q: Do I need an appointment and what is the cost?

A: Walk-ins are welcome. However, it is best to make an appointment to minimize your office wait time. Please call or text 949.334.7722, or click schedule an appointment online and for information on abortion costs, click here.

Q: Can I bring someone with me?

A: Absolutely. You can bring your boyfriend, family member, or friend. We will talk with you privately first. Then, provided you have given us consent to have them in the room, your guest will be able to join you.

Q: What should I expect when I come for my initial visit?

A: You’ll be welcomed by our receptionist who will introduce you to your client advocate.  She will listen to you judgment-free and provide you with information followed by a pregnancy test.  Should your test be positive, one of our caring medical professionals will conduct a limited ultrasound to confirm if you have a viable pregnancy and date fetal age.

Q: How long after sex does it take for a pregnancy test to work and how accurate is the test?

A: Our tests can be performed 7 to 10 days after conception. A client with a negative result may be invited to return within 2 weeks for a repeat test if she has not had her period.

If you have taken a home pregnancy test, it is best to confirm results with a laboratory-quality test at our center or mobile clinic.

Q: What if my boyfriend or parent calls to see if I came in?

A:  We adhere to a strict privacy and confidentiality policy. Clients will be protected from disclosure of information that violates the right to privacy except when required by law, required for public health reasons, required to avert a threat of harm to the client or a third person, or when other circumstances may reasonably warrant such use or disclosure without prior authorization (e.g., abuse reporting, suicide/homicide prevention, etc.).

Q: At what point should I schedule an appointment?

A: Our professional, medical-grade lab quality pregnancy test can determine pregnancy at the first day after your first missed period. We recommend you make an appointment if you have missed a period, have any pregnancy related questions, or think you might be pregnant.

Q: Can I get an ultrasound and how far along do I have to be?

A: On-site ultrasounds are available after an initial intake with one of our client advocates.  Our limited ultrasound exams are performed by a licensed nurse sonographer or RDMS (registered sonographer) and reviewed by a licensed physician.  An ultrasound confirms a viable pregnancy and determines how far along you are.  To qualify for a limited ultrasound, you’ll need to be a minimum of 6 weeks since your last menstrual period.

Q: I already know I'm pregnant and want an abortion, what can PRC do for me?

A: You can still meet with a member of our staff to discuss your concerns and review available options.  An ultrasound is recommended to know if your pregnancy is viable and in your uterus, since 20% – 25% of all pregnancies end in miscarriage.  Additionally, the ultrasound will show how far along you are to determine what type of abortion you would choose.  We can provide a limited ultrasound at no cost to you.

Pregnancy Resource Center Medical Clinic is a licensed medical clinic offering services and pregnancy help at no cost to you. The Clinic provides free pregnancy tests, limited ultrasounds, and information on pregnancy options. Our Clinic is not an abortion provider and does not provide referrals to abortion clinics. All services are confidential and at no cost to you.